Apple today submitted its final filing in the ongoing Apple v. Epic legal battle, which is playing out in the United States Court of Appeals for the Ninth Circuit. Both Apple and Epic Games chose to appeal the original ruling as neither company was satisfied with the outcome. 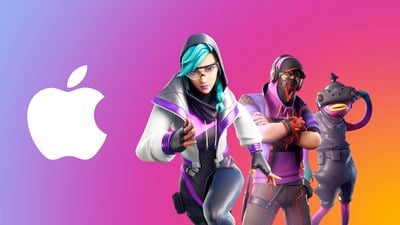 Throughout the appeal, Apple has maintained that ‌Epic Games‌ lost the initial trial because of a flawed argument and "unprecedented" and "unfounded" accusations of anticompetitive conduct, not a legal error. In today's cross-appeal, Apple continues to argue against the injunction that would require Apple to make App Store changes to allow developers to use outside payment methods.

Apple claims that it was an "unprecedented result" that was handed down despite the fact that Epic was unable to prove irreparable harm from Apple's anti-steering rules that prevented it from directing customers to alternate payment methods.

Epic introduced no evidence below that it ever suffered injury-in-fact from the anti-steering provisions, and it cites none on appeal. Having failed to prove such harm--before, during, or after litigation--Epic never had standing to sue under the [California Unfair Competition Law].

Apple goes on to point out that ‌Epic Games‌ in fact no longer meets the legal requirement of "standing" because it is not an iOS developer and cannot be impacted by a Guideline that applies to iOS developers.

Back when ‌Epic Games‌ first violated the ‌App Store‌ rules by implementing alternate payment methods in Fortnite, Apple suspended its developer account, and has not since reinstated it. Apple has said that it has no plans to allow Fortnite back on the ‌App Store‌ while the legal dispute is ongoing.

Apple suggests that the injunction that was handed down as part of the original ruling goes too far because it applies to all developers when it should not. Epic was the sole plaintiff in the case, and there was no class action lawsuit. "The trial involved Epic alone, without a shred of evidence about consumers or other (non-subscription) developers, whose interests have been or are being pursued in separate class actions," Apple writes in the lawsuit.

Following the briefs submitted by Apple and ‌Epic Games‌, the court will set a date to hear arguments. Apple has said that it expects a decision to come by summer 2023 at the earliest, so there is still some time to go before the legal dispute is settled.

Apple's full cross-appeal brief can be read on Scribd for those who are interested.

1. Get sued by iOS developer.
2. Revoke their developer account.
3. Get tangled up in court for a long time.
4. On appeal, argue that plaintiff has lost standing to sue because they’re not an iOS developer anymore.

Did you purposefully leave out the part where said developer purposefully broke their agreement with Apple? Shouldn't the order be:

1. Get sued by iOS developer.
2. Revoke their developer account.
3. Get tangled up in court for a long time.
4. On appeal, argue that plaintiff has lost standing to sue because they’re not an iOS developer anymore.
Score: 18 Votes (Like | Disagree)

Did you purposefully leave out the part where said developer purposefully broke their agreement with Apple? Shouldn't the order be:

That's beside the point, though. Epic was an iOS developer, so they should clearly be able to argue their case.

Imagine an alternate scenario where EvilCorp is engaging in sexual harassment. An employee complains, and EvilCorp fires them. The employee sues. EvilCorp claims that the former employee has no standing because they no longer work for EvilCorp. Wat?
Score: 17 Votes (Like | Disagree)

You make them angry your brand is going to get crushed no matter how big.

Just see how may gaming giants have suffered since they started doing this ****.

JPack
Keep in mind Apple has $1B legal budget. It basically means their team will try to argue anything and everything, regardless of likelihood of success.

Thursday March 24, 2022 3:32 pm PDT by Juli Clover
Apple's legal battle with Epic Games is continuing on, and today, the Cupertino company filed an opening brief with the United States Court of Appeals for the Ninth Circuit. Both Apple and Epic Games opted to appeal the original ruling in the Epic Games v. Apple case as neither company was satisfied with the outcome. Epic lost, while Apple was subject to App Store changes that are on hold pending ...
Read Full Article • 107 comments

Thursday January 20, 2022 10:29 am PST by Juli Clover
Epic Games today kicked off its appeal of the judge's decision in the Epic v. Apple lawsuit, filing an opening brief with the United States Court of Appeals for the Ninth Circuit. Both Apple and Epic Games have decided to appeal the original ruling as neither company was satisfied with the outcome. Epic Games wanted the court to force Apple to support third-party App Stores, which did not...
Read Full Article • 84 comments

Wednesday May 25, 2022 1:08 pm PDT by Juli Clover
Epic Games and Apple are continuing with their legal dispute, and today, Epic Games filed its Appeal Reply and Cross-Appeal Response Brief, following Apple's appeal filing back in March. In the filing, Epic Games reiterates many of the same arguments that it made during the trial. The company believes that the district court "reached the wrong answer" and made "multiple legal errors." Apple, ...
Read Full Article • 257 comments

Wednesday September 22, 2021 9:49 am PDT by Juli Clover
Apple has no plans to allow Fortnite to return to the App Store in the near future, Apple's lawyers told Epic's lawyers this week. Further, Apple does not plan to consider requests for the reinstatement of the Epic Games developer account until the court's judgment is "final and nonappealable," a process that could span years. Apple provided this information to Epic Games after Epic CEO Tim...
Read Full Article • 225 comments

Monday September 13, 2021 3:31 pm PDT by Juli Clover
Epic Games today paid Apple $6,000,000 in royalties, Epic Games CEO Tim Sweeney said on Twitter. As part of the ruling in the ongoing Epic v. Apple legal battle, Epic was last week ordered by the court to pay 30 percent of the revenue that it collected from the Fortnite app using its illicit direct payment option. Back at the start of the dispute between Epic and Apple, Epic added a direct...
Read Full Article • 269 comments

Friday October 8, 2021 4:17 pm PDT by Juli Clover
Apple has opted to appeal the ruling meted out by Judge Yvonne Gonzalez Rogers in the Epic Games vs. Apple lawsuit back in September, and today filed a notice of appeal with the United States District Court for the Northern District of California. The Cupertino company is planning to appeal the ruling that would require it to change its App Store rules to allow developers to add in-app links ...
Read Full Article • 725 comments

Epic Games Not Satisfied With Ruling in Case Against Apple, Files Appeal

Monday September 13, 2021 2:02 am PDT by Sami Fathi
Epic Games has filed an appeal against the ruling in its case against Apple, further prolonging the already year-long legal battle between the two companies. The ruling, announced on Friday, sided with Apple on nine out of the ten counts that Epic Games had presented against the company. Epic, from the start, had alleged that Apple is anti-competitive and that it should open up its devices...
Read Full Article • 216 comments

Epic vs. Apple Takes a Twist As 35 US States and Department of Justice Weigh in to Back 'Fortnite' Maker

Friday January 28, 2022 4:27 am PST by Tim Hardwick
Apple is stifling competition with its monopoly on app distribution through the App Store, attorneys general for 35 states told a California appeals court on Thursday. The joint statement was submitted into the appeals process that is ongoing following the judge's decision in the Epic v. Apple lawsuit, with the attorneys general siding with the "Fortnite" video game maker on the issue,...
Read Full Article • 1141 comments

Thursday July 14, 2022 6:08 am PDT by Joe Rossignol
The first embargoed reviews of the new MacBook Air with the M2 chip have now been published. One notable detail confirmed by The Verge is that the $1,199 base model equipped with 256GB of storage has a single NAND chip, which will lead to slower SSD speeds in benchmark testing, but real-world performance may vary. Last month, it was discovered that the 256GB model of the 13-inch MacBook Pro...
Read Full Article • 692 comments

iPhone 12 Pro vs. 14 Pro: New Features to Expect If You've Waited to Upgrade

Tuesday July 12, 2022 8:25 am PDT by Joe Rossignol
Given that many customers upgrade their iPhones every two to three years nowadays, there are still plenty of iPhone 12 Pro owners who might be interested in upgrading to the iPhone 14 Pro later this year. While year-over-year iPhone updates are often incremental, the new features begin to stack up after two generations. As a refresher, we've put together a list of new features and changes to ...
Read Full Article • 100 comments

Thursday July 14, 2022 4:42 am PDT by Hartley Charlton
Amid continued healthy sales for the iPhone 13 lineup, Apple's iPhone 14 models are forecasted to sell even better, Sina Finance reports. The report claims that Apple has begun trial production of the iPhone 14 lineup and plans to begin mass production in August ahead of launch in September. Apple is said to have informed suppliers than the initial sales of the iPhone 14 will be higher than...
Read Full Article • 83 comments

Tuesday July 12, 2022 2:28 pm PDT by Juli Clover
Since former Apple design chief Jony Ive left Apple in 2019, he has continued to work for the company as a consultant through his LoveFrom design firm, but the partnership between Apple and Ive is now over, according to The New York Times. Apple and Ive have agreed to stop working together, ending a more than 30-year relationship. Ive has been responsible for some of Apple's biggest...
Read Full Article • 407 comments